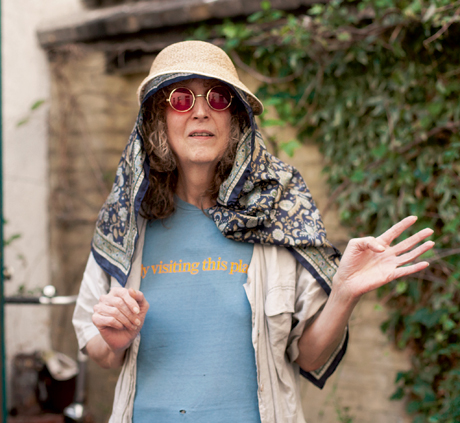 
known to the very few, The Electric Harpsichord is possibly THE obscure masterpiece of the days of the early American minimalism. Recorded live in 1976 after many years of study under the guidance of Pandit Pran Nath and LaMonte Young, it has finally found the perfect home in the DieSchachtel ART catalogue: a lavishly produced and innovative silver/black cardboard book+CD edition, that gives the work the space and merit it deserves as a unique work of art, complete with two poems by LaMonte Young especially written for this edition, and an extensive essay by Henry Flynt.
An improvisation performed on Just Intonation tuned keyboards put through time lag accumulators similar to those used by Terry Riley, Hennix has produced one of the most remarkable pieces of music to emerge from the La Monte Young school of minimalism. A Swedish born composer, who studied in the tradition of the Xenakis and Stockhausen in the 1960s, Hennix met La Monte Young and Hindustani raga master Pandit Pran Nath at the Nuits du Fondation Maeght festival in 1970, and pursued studies with both men during the 1970s. While the use of the time lag in Riley's works such as "A Rainbow in Curved Air" results in an experience of blissful, focused, samadhi-like calm, Hennix's drone work has more in common with the chaotic fluxes of psychedelic experience or the mandalas of Tibetan Buddhism. This is a moving eternity, pulsating, shifting-something like a raga perhaps, insofar as a raga is a specific deity invoked into sound, shifting, fluttering inside the matrix of the drone. (Marcus Boom)

"In every media, the work of Christer Hennix shows extraordinary mastery of the interrelationship between Eastern and Western thought” La Monte Young

“Hennix’s The Electric Harpsichord is a gigantic piece, ma killer, a work which exists outside of style or genre. It is unbelievable. It creates blocks of sound that move min and out of each other to create the effects. It is a pure perfect piece of music that resonates and resounds and creates a universe that it is impossible by other means. In our primitive and unenlightened culture it becomes a work of transcendent power.” Glenn Branca
www.dieschachtel.com/editions/dsA10.htm
Αναρτήθηκε από angel, lurie στις 00:08