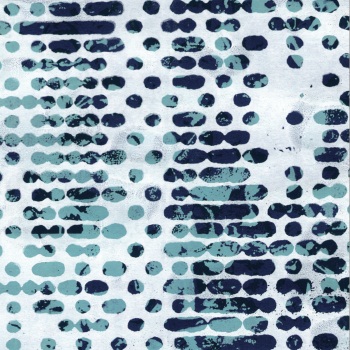 Container is a recent moniker of Nashville, Tennessee resident Ren Schofield who's been actively shifting about the U.S. playing shows and releasing cassettes on his mysterious I Just Live Here imprint for a long while now. Known primarily for his God WIlling project, a disjointed, confusing, maze of crude oscillator, tape, and guitar, Ren has established himself as a staple in the east coast underground.
Here we have a new experiment in electronic beat oriented music. This is no standard fare, however. It glows with a vision all it's own, completely isolated and separate making it difficult to place in the awkward world of the "genre".  The sounds are a thick stew congealing new ideas and naive experiments into something in the ballpark of the new super weird Wolfgang Voigt 12"s, abstract and minimal in nature with time stopping tendencies . Take those 12"s and send them thru the garbage can, tape loop, reel to reel experiments of Ake Hodells "220 Volt Buddha" or that weird track with lawnmower by Charles Amirkhanian on the first Slowscan volume and we might be getting closer.
This music, by being so unruly and defiant of any kind of trend, has created a fresh fusion we have not heard until now. "Application" introduces you to Container in the most suitable way. A confusing anti-rhythm accompanied by errie unidentifiable tones before a collapse of metallic drum sounds washes you out into to the minimal motorik  "Protrusion". The flip takes off with intense feedback squeal and more light speed rhythm leading into "Overflow" the albums wildest, most textural piece. "Rattler" leaves the listener absolutely baffled and flipping the record over again to try to figure it all out as this record makes no sense to anybody but it's creator.
The experimental nature of this album alone warrants it's vinyl release, however,  the fine detail and unique structures will have you waiting for the next Container 12".
http://editionsmego.com/spectrum-spools-release/SP+007
Αναρτήθηκε από angel, lurie στις 00:10