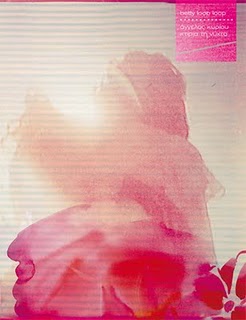 ok, here’s a monster of release somewhat. Double cassette release between a duo project and the two people it sprang from. Which means one cassette features Betty Loop Loop, while the other is itself a split release between Angelos kyriou (Άγγελος κυρίου) and Buildings at Night (Κτίρια τη Νύχτα) -the two people who are behind Betty Loop Loop anyway…
Panos of phase! describes this as THE 10′s athens artefact and he has a point there, both Angelos and the Buildings come from a singer-songwriter perspective, but have managed to lodge themselves pretty well into the consciense and the “now” of the experimental community and the forward-thinking pop audience in athens alike (and the rest of greece to some extent). Angelos is a familiar face in these pages as well, owing to his 7″ on organized music a few months back.
to the music then. The split solo tape features the usual marathon of erratic pop and living-for-the-moment miniatures from Angelos and a pretty eye-opening stray-sound-collage/fuzzfest from Buildings at Night on the other. Both sides very short, both very tasty. And then the Betty tape, 36 minutes of live “highlights” for your summer haze pleasure. THE release for this summer.
Αναρτήθηκε από angel, lurie στις 21:00