Eli Keszler interview for 06:00 am

ek:I don’t really know if I’ve had a best visual or sonic experience – but watching large swarms of birds flying is something I find very striking.

06: In which neighborhood did you grow up? Can you describe it to us?

ek:I grew up in Brookline Massachusetts which is a town surrounded by Boston at all ends.  My neighborhood was very quiet and was a short walk to Boston proper.

06: What was your father's profession?

ek:My dad sold Physical Therapy Equipment and medical supplies. He was a very serious musician – mostly guitar and was also an illustrator as well.

06: What was your parent's dream for you?

ek:I think my parents wanted me to be happy mainly – but, I was always encouraged to pursue music.

06: When did you write your first song?

ek:I think I was 11 when I first notated a piece of music.  But, I remember singing songs when I was 3 or 4 and walking down the street and not understanding why every one of them lined up with the stomping of my feet.

06: What do you jeopardize by writing music?

ek: A lot of my time – I don’t think much else, I can’t really imagine not writing music.

06: How did you came to become an artist/musician?

ek:I grew up in a very artistic home.  There was always music and creative stuff going on, so I don’t really think I ever came to music – it just was in my environment.

ek:Cruelty, politics, financial matters, the state of global affairs, the way people treat each other.

06: Do you believe that art is done for others to experience or is it only for those who make it.

ek:I don’t think it is the same for everybody, but I think its safe to say that art is made for the ideas, and entertainment is made for people.  I wouldn’t separate the audience from the creator but more make distinctions between the way the material functions.

06: What instruments did you learn to play? Define your music in relation to the word "instrumental".

ek:I learned to play drums and percussion, as well as guitar and piano.  I would say my music is instrumental mostly, I’m not really interested in experimental instruments necessarily in my own work, which may seem like a contradiction, since I design installations. The reason I started building massive installations, is that at the scale that these installation are running, they turn from something instrumental into something more environmental.

06: Which is the greatest pleasure in your life?

ek:Laughing, Eating, Being with friends, Music

06: What is your idea of happiness?

ek:I don’t really have an idea of happiness, it seems very individual to me.

06: Do you consider yourself a talented person?

ek:That’s an interesting question – People say that to me, but I feel like I’m constantly fighting against an instinct to do a bad job.  I’m not really sure I know what talent is. In a sense it might simply be having an instinct about what works, what doesn't, and what to do next.

06: Do you think that by being honest we help to better our lives?

ek:Sometimes – I think that honesty has the potential to also be a very cruel policy and can be very dangerous.

06: What do you think about the current situation of Europe?

ek:I think it’s horrible – It’s the same thing that happened here – the out of control rich ruining basic rights for people because of blatant greed.

06: Do you believe in the concept of revolution?
ek:Yes

06: Are there people you remember clearly because they made your way easier in life?
ek:Yes

06: Does negative critique bother you?
ek:Not really – but uninformed and bad criticism does – mainly because uninformed discourse is pretty common

06: What does one loses when she/he grows up?
ek:I don’t think much about this – though a lot of people do force loss upon there own lives.  It’s really up to the people who grow up to decide that. 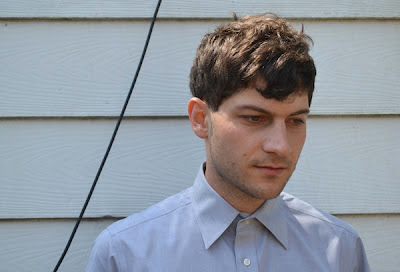