06. What are the (main) criteria when making a compilation?

That the music is great, will stand repeated listens and hopefully will introduce the listener to some things they haven't heard before.

06. Is music a good medium for transmitting feelings of desire?

It can be. I've certainly managed to transmit them through it on occasion.

06. Do you believe that there is such a thing as a talented audience?

I don't know about talented but open minded, perceptive and receptive, yes.

06. Do you believe in the notion of revolution?

I believe in a revolution of thought and attitude and hope humanity can find a better system than capitalism but i absolutely don't believe in violent revolution as surely history has taught us how catastrophic they tend to be? Revolutions usually cause the ordinary people to suffer the most, tend to lead to psychopaths being in control and often create societies just as bad as they aimed to change.

06. How was the environment where you grew up in? What was your parents' profession?

Suburban. I didn't hear any music I liked until I was 11 and got a radio. Up to that point I thought all music was terrible. My parents were teachers.

06. What are your earliest punk rock memories?

I was way too young to really be aware of punk but I remember going to the cinema with my dad, probably in 1977 and there was a girl in the queue with a photo of The Sex Pistols safety pinned to the back of her jacket. I found that oddly shocking which is probably why I still remember it. I also remember hearing the local news and it being mentioned that The Sex Pistols had been banned from playing in Edinburgh.

06. What was your initial reaction on hearing jazz for the first time?

I think I first knowingly heard Jazz when I was 15 and started going to bars. The legal drinking age here is 18 but there were some bars that had a reputation for it being easy to get served in underage. One of these bars had live jazz every night. I thought it was terrible at first but would get right into it once I was drunk.

06. What are you listening to these days?

This, that and a lot of the other.

06. When did you start playing music?

Professionally? When I was 19.

06. Does heavy drone rock appeal to you at all?

It depends who it's by. If it's by Hawkwind then absolutely.

06. How does music help to better social interaction?

As with all artforms it transcends language and unifies people often in ways they are unable to verbally explain.

06. Can you describe here what exactly does the music of Arthur Russell do to you?

It soothes me and energises me and inspires me and is my prozac.

06. What is your opinion about the European crisis?

It makes me angry beyond belief. We are in this mess because the people have had to bail out the banks and save the necks of rich investors. The banks should be nationalised and the debts written off. I personally think Greece should default on its debt. Austerity is not the way forward and will only result in continued misery in Greece and across Europe for years and years to come. I don't think we have anywhere near reached the depths of the crisis, and a a revolution of thought and attitude by our supposed leaders is urgently required. i'm a federalist and have long been a champion of the idea of the EU but i'm not much of a champion of its current leaders or economic policies.
for further press info contact;-

06. What is your perception of happiness?

“Happiness is not something ready made. It comes from your own actions.”
― Dalai Lama XIV

06. What do you become nostalgic about?

I'm not nostalgic at all. I do however miss record shops.

Yes, but I always strive to do it even more.

06. Is there a person that has influenced you musically more than any other?

Thinks long and hard….probably not.

06.Last question: Can you send us a photo that best illustrates your current state of mind so that we post it along with you answers? 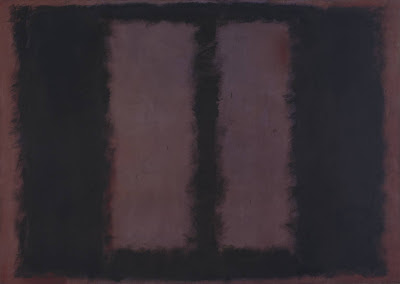