Olivia Wyatt interview for 06:00 am 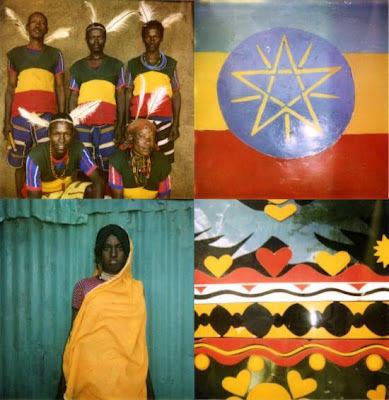 06: Can you describe your work for the people that haven't experienced it?

06:Where you did you grow up? Can you describe the neighborhood?

I grew up in Little Rock, Arkansas. All the kids in the neighborhood were friends and we would run around in the woods behind the house and go crawdad fishing in any creek we could find.

06:Do you have the tendency to work many hours without a break?

I could work 24 hours straight, sleep for an hour and wake up and do it all over again. I have more energy for work than anything else I do, which I think is a little unfortunate actually.

06:What is your parents' profession?

My dad is the Chief Information Officer for the state of Arkansas, prior to that he owned a computer software company in Little Rock  and my mom is an oncology  social worker for a non for profit cancer treatment center. (By the way, my mom is half- Greek)

06:What equipment did you carry with you during your trip to film Staring Into The Sun?

A Sony HD camera that shoots to mini DV tapes, a Sony TC-D5M audio tape recorder, a Rode NT4 stereo microphone, a Polaroid camera, and a lot of tapes and film.

06:How long did it take you to film it? Who did you have with you? Why did you chose Ethiopia? How open where the people in front of your request to film them?

06:Can you describe the scene with the man that feeds the hyenas? Where you afraid then? How did you feel protected?

There are several men in this area that feed the wild hyenas raw meet each night. This particular gentleman had names for each one of the hyenas he feeds and he summons them at feeding time by whistling and calling out their names. It is incredible to watch them slowly sneak out of the surrounding landscape as he calls them. Fear is not really something I let stop me from doing anything, because then I maybe wouldn’t do anything at all.  I think in this situation I wasn’t afraid because he wasn’t afraid and because he had such an incredible bond with these creatures that I couldn’t imagine them turning on him or anyone surrounding him. I even got to feed one of the hyenas myself!

06:Do you have specific filming ethics and if yes can you talk a little bit about it? ( do's and don'ts while filming)

I am as honest as I can be with people about what I am doing, and I hope that my intentions are always translated accurately. I try not to let my presence interfere with any situation I encounter and am so graciously allowed to document and I am as real as I can be with the people whom I film.

06:What do you think that is added to the film Staring Into The Sun in a conceptual way when you keep the context out?

I am allowing people to take their own individual voyage into a country, a community, a ritual. I offer information for what they are witnessing within the book that accompanies the DVD so there is always the opportunity to further understand what is being seen but I am allowing people the choice to view with or without that knowledge. In this way I feel the experience is more enriched, more captivating, more magical.

Most of my favorite films are ethnographic actually and I can not stop at one so I am going to list a few. Each of them I like for various reasons, but most importantly within each of them you are on a journey to a distant land and witnessing something entirely unique and completely different from the world you live in. 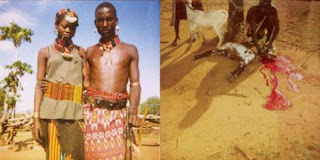 Beauty is all around us, it exists in everything and when we cease to see beauty within our surroundings then we are not living life to the fullest and we are no longer in the present moment. We should be able to see the same thing every day and always appreciate it’s beauty…. every sunrise and sunset is unique.

06: How did you get in touch with Sublime Frequencies? What are the qualities of this record label that you like the most?

I just sent them an email and pitched the idea for the film along with some of my previous work and I got an email back saying they would be into releasing something on the subject matter, so that was enough for me to go over and at least try to bring them something back that they would dig. I have always loved and been inspired by Sublime Frequencies films for the same reasons I listed for liking the ones above. I am really into the lack of context and the experience they provide for the viewer.

06:The film Staring Into The Sun begins with a scene from the Borana tribe singing wells. Can you describe the actual scene and the purpose of the action?

The Borana dig wells deep into the earth and each clan has a designated well. Some wells are 500 years old. The wells have water pools at multiple levels and the clan members create a human ladder from the bottom of one pool to the next in order to bring the water up to a level where the other villagers, cattle and camels can benefit. To motivate one another through the arduous work, they sing beautiful polyphonic songs. I happened to arrive into this Borana village the morning after a heavy rain, so they were in the wells working the water upward. Had I arrived a day earlier the wells might have been too dry to witness such a thing.

06:What was the driving force that made you travel to film Staring Into The Sun? What is it that makes you create?

Initially it was because an ex-boyfriend sent me a link to The Festival of a Thousand Stars, which features most of the 80 diverse ethnic groups in Ethiopia, I was blown away by the music and the unique aspects of each tribe. Then once I pitched the project to SF and got a response that they were interested it was impetus enough to go.
Ever since I can remember I have been reading anthropological books, watching anthropological films, been interested in religion, and always loved to travel by myself to places that many people don't choose to travel to. I believe and have found that within tribal communities there is extensive knowledge of and a symbiotic relationship between the people and their surroundings. Whether it be with plants, animals, or the sea, there’s knowledge so vast and so rich, yet something that I personally am so disconnected from. Most people I know including myself would have to go to school for years--maybe even a lifetime--to learn the information indigenous peoples know almost innately.
With my work I am aiming to preserve these unique cultures in some way, and honestly it is mostly out of the fear that their way of existing will one day become obsolete due to forces beyond their control. Then all of that knowledge, all of their uniqueness, will die along with them. But in the same breath, I know that by documenting cultures like this inspires some spectators to want to go there and see it for themselves. And the more foreign visitors a tribal community has, the more it is likely to change, and that is the last thing on earth I want to happen.

Anything and everything that people do to express themselves. I find that a lot of people are artists without intentionally making art. Every single person I met in Ethiopia was an artist from their hair, to the clothes and jewelry they made, right down to the gourds they carried water in.

06: Would you be interested to talk a little bit about analog vs. digital photography?

I do everything as analog as possible. If I could always afford to shoot film I would. I have nothing against digital by any means, it is just for what I document and the places I travel to I find that analog is the safer way to go and the best medium for capturing the subject matter I choose. 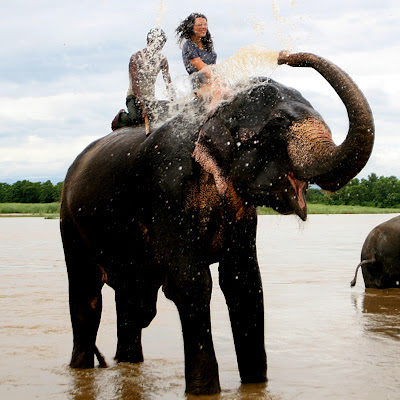 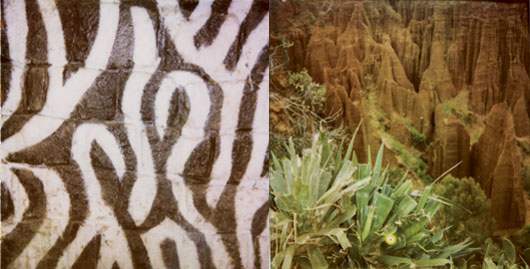 Did you know you can shorten your long links with OUO and get money for every click on your short urls.