William Bennett interview for 06:00 am

06:When was your first recording?

06:When was your first live, how was it?

06:When do you believe that music took a central position in your life?

right at the beginning

06:What is your idea of happiness?

happiness is an illusion

06:What is your guilty pleasure in music?

too old to feel guilty about any pleasure

06:How did you end up doing what you do and not something else?

06:Could you describe your work for the people that haven't experienced it?

magicians should never talk about technique

06:What are you listening to these days?

just random stuff from my collections

06:In which neighborhood did you grow up? Can you describe it to us?

many, many different neighbourhoods and towns; some good, some not so good

06:What was your parent's dream for you?

06:What was your father's profession?

06:What is your opinion about the current situation in Europe?

what current situation are you referring to? my opinion anyway is ultimately as worthless as anyone else's

06:What are your earliest punk rock memories?

seems a long time ago now, I'm not one for much retrospection and definitely not nostalgic - nostalgia is mistakenly attributed to events and places and times, when it's really about missing being young

06:Do you think that your music is sexy?

some is very, a lot isn't at all

06:Have you ever lost your interest in music?

06:Do you catch yourself thinking about death?

consciousness of death is the price humans pay for having language

06:What is the most important thing in your life?

the most important thing is reminding myself that nothing's important

06:What is your definition of pop?

06:Which record of yours of you love the most?

they all mean a lot to me, it's hard to differentiate

oh, too many to mention

06:What book (books) do you read these days?

once again, too many to mention; I do keep a running list at my blog (williambennett.blogspot.com)

06:Is there a person that has influenced you musically more than any other?

influence comes in different forms, both positive and negative - and a lot musically for me comes from extra-musical sources, so there isn't a single person that I could fairly single out

06:What is the best idea you have had so far?

still waiting for it

06:Can you send us a picture (of you or of something/place) that best illustrates your current state of mind to
post along with you answers? 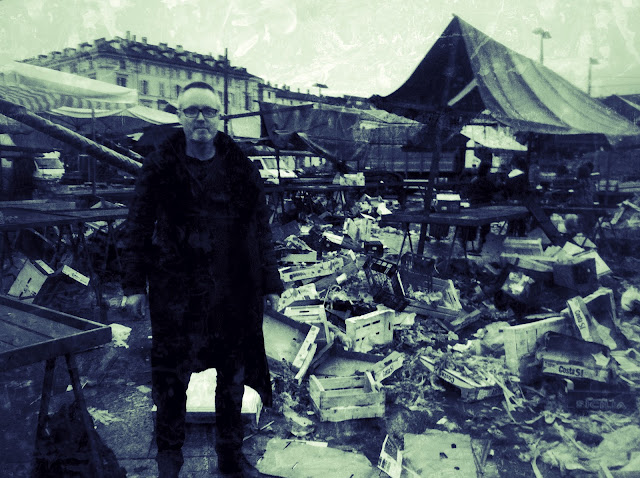