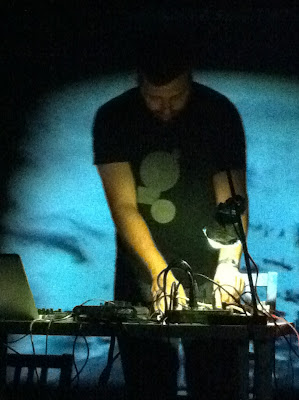 06. How would you describe your music?

06. When did your relationship with music start to develop and which was the first record you ever played?

I spent time as a kid listening to my uncle’s vinyl collection, long before I started playing a musical instrument. I think that the first vinyl record I spinned on my own was Led Zeppelin 1, and the second was Harvest by Neil Young.

06. How did you come to know that you can make your own music? What does being able to get involved in such creative process 'offer' you as a person?

I bought my first guitar at the age of 16. It took me 6-7 more years until I found out how to record my music and create a track with the help of the PC. I realized that I could do that after experimenting with recordings on a tape recorder with a really cheap microphone. This whole experience has changed my life ever since and for sure had its impact on me and on my growing up.

06. What is there in the collaboration with Eventless Plot as V.I.A.? What are your plans or current endeavors?

V.I.A. was an idea I had early that summer, after 2 key members of Eventless Plot and Good Luck Mr. Gorsky left Greece for a better future. I decided to try and play music with beloved friends and musicians who are still here, sharing the same shit that I do. We are all excited about the project so far. We played 2 shows one week after the first rehearsal, and we are now recording the material in a studio. We will play more shows and maybe release some stuff later in 2013.

06. Would you like to talk a bit about the environment that you are currently living in? How do you feel connected with the city of Thessaloniki and how does it affect your work?

I always say that I love Thessaloniki, and that this is the place for me. I don’t think this will change, it is easy for me to create music in this city, I don’t know exactly why, but it is. I spent a few years in Athens and abroad and I didn’t manage to create anything worthing.
Despite this love for my city, I can see that things are like living inside a cave the last few years. Nothing new happens and everything is recycled in a very bad and tedious way. There are few people promoting something new and interesting. Add this to the economic environment, and you have a very lurky situation.
Thankfully this situation doesn’t seem to affect my appetite for music.

I think I was pretty easy going as a kid and a very quiet one. I spent my early childhood in a social-housing flat in the west side of the city, which is the ugly one.
One thing I did for sure was getting bored and alienated, growing up in a 95%  skyladiko* oriented school environment.  Was a huge sports failure but an MTV addict, taping on a small recorder music that I liked and finding time to steal my uncle’s vinyls. (he still doesn’t know about that I think).

06. How did you start Granny Records?

Me and fellow Good Luck Mr. Gorsky bandmates had a compilation cd with us and other artists in it, and decided to make 100 copies on CDr and give it to people and friends. So this was the main idea, to release music by Greek artists that we like, and of course our stuff. The name is after Spyros’s grandmother’s house where our studio was, and all the recordings were made at the time. The poor lady was semi-deaf and we didn’t have trouble playing loud in the room next to her living room.

06. What difficulties were/are there in running a record label in Greece during this period? What was on your side along the way?

The main difficulty is the fact that your audience is very narrow. But we knew that from the beginning. This is why none of us ever thought of having the label as his main profit income. So this doesn’t seem to be bothering us after all that years. We sure had thought of quitting, but now after many thoughts I for myself see that all the music we have released and the music to come, makes me very very very proud and happy. I know that a handful of people have listened the TON release for example, but I really can’t be bothered about it. It is music that I love, and I think that this love for music was on our side along the way. And of course the joy of meeting and working with musicians that you respect and vice versa.

06. Are you in any ways related with people that worked with Poeta Negra or other record labels in Thessaloniki? How do you see this 'music society' evolving through the years?

The thing in Thessaloniki is that there are many many small ‘music societies’, like in every other city I think. When it comes to musicians and music-related people close to my musical taste, then I can say for sure that I have met and sometimes even worked with many of them.
Poeta Negra was an ideal label for us when we started and Lotus Record Store is a huge cultural capital for me and my friends, and we are thankful that despite Poeta Negra, lotus is still up and running.
It is still very fascinating to meet people from Thessaloniki that you never knew before, and see that they are so talented and committed to the music they create. I still have this teenager think of admiring other musicians and artists.

06. Do you like to wake up early in the morning?

Depending on last night’s conditions. But mostly yes.

06. Have your actions and behavior influenced your parents?

I will secretly ask our family-therapist, and tell you.

06. Which is in your opinion the best 2012 Oren Ambarchi release?

The one on Touch, because of the opening track ‘Salt’. I must have listened to that for over a hundred times in a month.

06. What do you think the role of art is in periods of political and social turmoil?

To self – exile itself to other countries and write politically correct songs. (joking). I really don’t know. Art is art. Fuck politics. When art meets politics, shit happens.

06. The more informed we are the more dissatisfied we feel with the situation in which we live?

Yes. I think Foucault said that ignorance is power…or was it Baudrillard..i can’t remember. But I agree… information nowadays can cause serious health damage.
But on the other hand information is everywhere, forcing you into a passive role without knowing.

06. Can you send us an example, a picture that best illustrates for you the significance of art in our lives to post along with your answers? 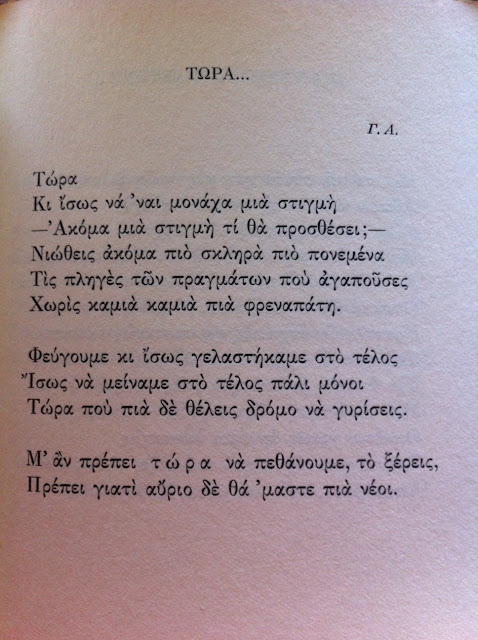