Vanessa Rossetto interview for 06:00am 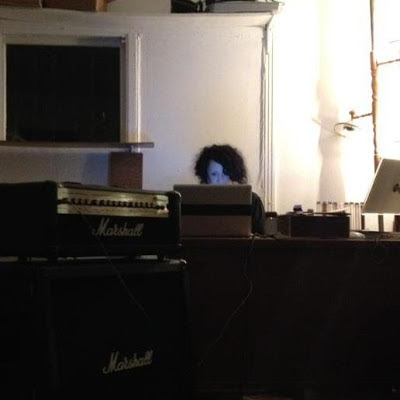 06: How did you get related with music (in your early years, perhaps, or later) and which was the first record that you played?

I didn't get involved directly with music until later in life. I remember when I was about five or six asking my mother to get a record player and we joined the Columbia Record and Tape Club. My mum wasn't very up on what was popular at the time so she went through and selected records based entirely on whether she thought the band names and titles sounded interesting, so we ended up with a lot of random things like ZZ Top's Fandango (did not love) and some things that became lifelong favorites like Sergio Mendes' Foursider. I mostly liked sound effects records as a kid, though - was sort of obsessed with them, which makes a lot of sense now.

06: Can you describe certain types of "overlooked narratives" that you are interested in exposing through your visual and sound works? Is there a specific quality in these narratives that you are most driven towards exploring?

Via field recording, I capture unfolding real time narratives and try to reconstruct their essence into new narratives in a compositional framework. By virtue, the quotidian is often overlooked in favor of that deemed more exceptional. I try and uncover the exceptional qualities of the seemingly ordinary, the depth of the everyday. The act of recording focuses one's ears, allowing the overlooked to be heard.

06: If we might ask: how was the environment during the first years of your life?

I was a very solitary child, and that remains my nature now.

06: Are there metaphors in your sound making and painting that are omnipresent?

Probably but they're very individual and personal so I don't expect a lot of listeners would pick up on them. I would not want to be too obvious!

06: Breathing, organic matter, sounds of animals, continuous flow of things appearing to be in process of becoming something, overexposed warm colors, layering forms -random words that come up while experiencing your work. Is there a clear voice or pattern or element that has to emerge through these "compositions"?

I'm not sure. I suppose over time patterns will emerge but it's hard to see them while inside the process of making things. In art school we were told to not fret over finding one's voice or style and that it was through the practice of work that that would develop, most likely unbeknownst to us as it was happening. Any conscious attempt at creating that can lead to mannered gestures.

06: Is there a person that has influenced you very much?

06: Why do you think people come experience your shows?

I think they're usually there to see someone else on the bill!

06: What is happiness for you?

Being left alone to work in some semblance of peace.

06: What is finally a composer?

To me just an organizer of sounds.

06: How do you decide which sounds that you create with instruments are to be blended in with your recordings? Or, how is this process really like and what is the motivation behind it?

Over the course of making things, timbral and textural needs arise that I address with the addition of instrumentation. The process is long and deliberate. I am interested in the line between discovered and intentional sounds.

I don't know that there is any one answer to that that would be true for everyone.

06: Who is your favorite painter?

I live in Austin now. I go out extremely infrequently.

06: Would you like to be as famous as the Beatles?

Like the Beatles, I would like to make a film with screaming teenage girls chasing me through the streets. They would all be myself as a teenage girl, though, and I suspect they would be trying to catch me and take me to task for my poor decision-making.

06: Is there a person that you are glad you have met through this work?

Many, and if I started naming names it would just turn into a huge list. I have some degree of confidence that those people are aware of it.

06: What is the importance of criticism, what is its role? How do you use the reviews on your work?

Critique during the creative process is extremely important and I'm fortunate to have trusted friends to bounce things off of who will be honest with me. As far as reviews, good ones are far more dangerous to believe than any bad ones.

06: What do you think is going on in the field of female art making within the frame of the current art world as it is?

I try not to think more about the current art world than I have to.

06: Could you do something other than what you do in your life? Is there something you would very much like to do but have not?

Well, I didn't start doing this until later than a lot of people do, so I must have been doing something else other than this in all that time but much like people describing an intense love affair in which they can't remember what they did before it, I can't imagine doing anything else now. I would like to get out of the States and play and record in some other parts of the world, though.

06: Do you like to wake up early in the morning?

Yes, it's quiet and there are already not enough hours in the day to spend any sleeping late.

06: Do you think that everything has been said and that we are just simply rediscovering?

While I think people should concern themselves more with trying to do something good than with something no one else has done, I also believe that not everything has been said. The pursuit of the new for its own sake is like a dog chasing its tail.

Collaborating is nice because you're not so much in a vacuum. Working alone can be solipsistic which has its ups and downs. My collaboration with Lee Patterson due out soon from Another Timbre is a good example of collaboration partners helping to balance one another out.

06: Can you send us an example, a picture that best illustrates for you the significance of art in our lives? 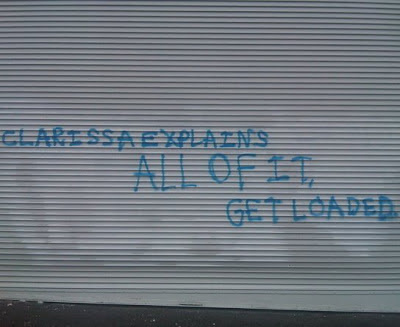