Hacker Farm interview for 06:00am 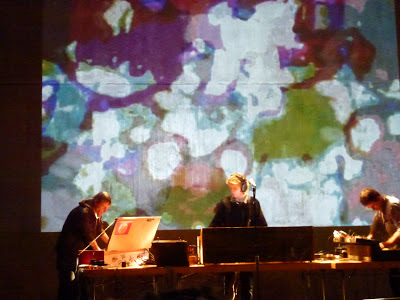 06: I'd like to start with some introductory information. Who are you, where are you living?

06: Who decided the name and what is the story behind ?

FG: “From my memory, it was the idea of starting an Hacker Space type thing in Yeovil for like-minded builders and we joked about hosting it somewhere appropriate like a farm... although I seem to recall we tried to originally label the band “Junk Crunch” as in the group Hacker Farm present the noise-unit Junk Crunch…”

K: “Yeah, the band was supposed to be Junkcrunch or Junk Crunch or something similar, and Hacker Farm was supposed to be the local Makr type organization behind it, a bit like the difference between Heaven 17 and the British Electric Foundation, I guess. But it got confusing trying to explain the difference to people (laughs), so we quickly drifted into just being Hacker Farm…”

06: How do you compose? In your music it seems to me there are different kinds of influences, from minimalism to improvised, passing through the industrial scene... is there any group or musician that influenced you in a special way?

FG: “Two distinct ways, I seem to think: one is the idea of jamming and then cutting up chunks of that work and using them… the other is where one of us will improvise a drone/noise-piece and then we bounce it back and forwards between ourselves until it reaches a finished (?) track...

“The closest group/person (although sounding absolutely nothing like us!) who worked in very similar ways would be Miles Davis during the On The Corner / Bitches Brew period where they basically jammed for hundreds of hours before getting an edit down to more concise hour or so.”

K: “Yeah, definitely that Miles thing ! Also, Can had a similar set-up: a studio-space where they played, recorded endlessly and then distilled it down.”

06: Can you introduce us to your "UHF" release?

K: “Most of the material on UHF dates back 20, 21 months or more now. It was recorded during what I would call our ‘Shortwave Period’. We got into playing around with and investigating Shortwave Radio – a medium that we hadn’t listened to since our childhoods. It was something that we were curious about and ended up getting very enthusiastic about for a couple of months. We even announced the release of our first album Poundland on Shortwave, even though no one was listening! (laughs). We ended up eavesdropping on and recording radio conversations between people from all round the world – and also in our own backyard.

“Not all the tracks on UHF use shortwave sounds, but they mostly date back to that period and are infused with that darkish, slightly claustrophobic radio vibe: hiss and modulated sounds, carrier-waves, voices talking to one another in the dark…radio has a wonderful atmosphere; it’s mysterious and intimate; unstable, analogue, alive… the complete opposite of the internet.

“There are elements of Eighties Industrial, Noise, Improv, Kosmische and Old School Rave on the album… but I think that maybe the track “One, Six Nein” sits at its moral and emotional heart: it takes an oppositional stance to a lot of the stuff that’s going on right now, economically and culturally. It lists a few things that any decent, sensible human-being would naturally stand against; it says what’s-what and quietly draws a line in the sand. It felt right to have a woman’s voice intoning it, and for it to be a bit bland and matter-of-fact and not aggressively confrontational. Just someone quietly saying, “enough’s enough’’, while the music seethes beneath it.

“Sometimes you can get your point across better musically by reining-in the anger and frustration, and letting it lurk beneath the surface. I think chunks of UHF are pretty good at hinting at that hidden anger without constantly snarling and chest beating; instead, it’s presented as a set of tensions – a series of dark surfaces that are stretched thin, constantly threatening to rip open and reveal the truths within.”

06: Do you play gigs? What are your plans for the future?

FG: “Yep, we play gigs and are lining up art-galleries / pubs / theatre / festivals for this year...”

06: What is your idea of happiness?

FG: “A hot soldering-iron and a flask of scrumpy…”

K: “Writing, making art and music. Stuff that other people might think of as working.”

06: Had you ever wished that you had invented something massive like the blue jeans?

FG: “We don’t need massive blue jeans due to being rather trim!! (laughs)”

K: “I’d like to invent More Free Time. An open-source, hackable day with its own API…(laughs)”

06: When was the first time you remember really enjoying music?

06: Who do you still love listening to now who you enjoyed hearing as a child?

06: Free time is something we have to work for ?

K: “Yeah. But I also quite like the idea of turning work into a game or a fun-thing-to-do. Some of the things that I find relaxing, other people might think of as hard work… so I quite like the idea of blurring the boundaries between them, finding ways of making work and mundane chores or activities ‘interesting’. I think mobile devices are starting to break down the differences between Work and Play anyway. I’m sure my kids will probably be doing things that my own parents wouldn’t even recognize as work…”

06: We're all damaged by noise pollution?

K: “Not all noise is pollution, is it? I find certain frequencies of road-drills, forexample, to be oddly relaxing when they’re a reasonable distance away. I remember sitting in a library once, years ago, and hearing a distant road-drill somewhere outside and instead of being annoying, it made me want to go to sleep.”

06: Can you send us a picture of you and a picture of something or some place that best illustrates your current state of mind to post along with your answers ? 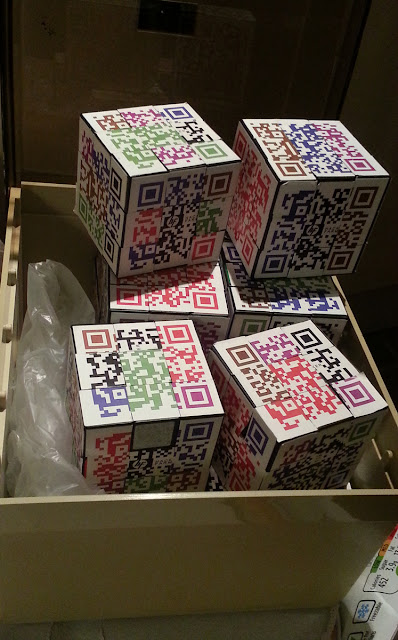 "Which Forex pair and time frame is best to trade" is the frequently asked question and I want do give you the EXACT ANSWER in this comment.

Are you expecting that I am going to say something like EUR/CHF on 5-minute time frame or GBP/USD on weekly...? No, it is not so simple, but SIMPLE ENOUGH we can figure it out!

The "PROBLEM" is that markets change over time. If GBP/USD was a well trending currency pair a few years ago, today it is another one.

I actually want to let you know about a SPECIAL INSTRUMENT that I use to find the BEST TRENDING PAIRS among all the Forex pairs.

The software scans 34 Forex pairs on all time frames from minute to monthly. This way you choose the best trending pair and time frame at the current time.

eToro is the #1 forex trading platform for new and established traders.