Jakob Ullman interview for 06:00am 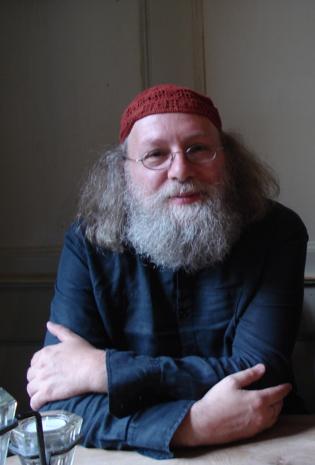 06: How would you describe your music to someone that has not experienced it?

The music I´m interested in (and so the music I compose I think) is very quiet and of rather long duration. I think one can hear better if one has to concentrate on hearing. But it is a laborious process. Some people become angry about such an imposition.

It`s not easy to answer this question in short terms. I think the best description of my father is, that he was a “survivor”. He survived the Nazi-terror-regime in Germany (with the help of British bombs, otherwise the GESTAPO would have found and killed him). He survived Neonazi-attacks in the early western Germany; he survived prison in East Germany later. With this background he became member of the civil-rights-movement in East Germany and even politician (member of the European Parliament). At the end of his life he tried to survive his deep frustration seeing the recurrence of war in europe and the treason of the European idea and values. He died in 2004.

06: What’s the most valuable lesson you’ve learned from Cage’s work?

The most valuable lesson I learned from John Cage as person: if you want to make music in freedom, you have to follow the instructions of the composers very, very carefully. If you want to compose freedom music you have to imagine (and to prepare) situations which are clear and adequate to practical circumstances of musical practice and – at the end – don´t try to be the owner of your work!

06: Do you find new surprises in sound every day? Are you constantly discovering new sounds?

I´m really sad that it is nearly impossible to discover new sounds every day. The world is too loud!

06: Do you have any expectations at all of the audience that comes to hear your music?

I should say that I have no expectations, but I would be glad if the audience will hear.

When I work on a piece of music, I can concentrate only on one piece. After finishing the score I abolish the sketches so my mind is free for new things.

06: Are you pleased with the recordings of your music?

I´m very thankful for all the musicians who helped to record some pieces I composed. But I like performances more. Recordings are documents, performance is life.

If for “anybody” I write for “music”. In art it is not allowed to serve a purpose.

See above. And: if there is something like “purpose of art” then only to make visible and audible that the most important and most necessary thing for human existence have no purpose and no value (nobody can pay for them!).

06: Do you vote? What is your opinion about the current sociopolitical situation in Europe?

To vote one needs a party or an organisation, which try to work for aims, I can support in the sphere of politics. In Germany I do not see any party which is unconditional covenant to pacifism, is working for social justice without the heresy of limitless growth, respects people of all cardinal direction as equal human beings and knows that Germany is until today responsible for the worst crimes the world has ever seen.
So, how shall I vote?
I think it is seen from this my opinion of the current situation in Europe too.

06: You’re also a professor of music, a teacher of composition?How do you divide your time between the teaching and your own composing?

It´s very difficult to find the time to compose in the face of the obligations as professor of music. The result is: I did not compose so much in the recent years.

06: Can you send us a picture of you and a picture of something that best illustrates your current state of mind? 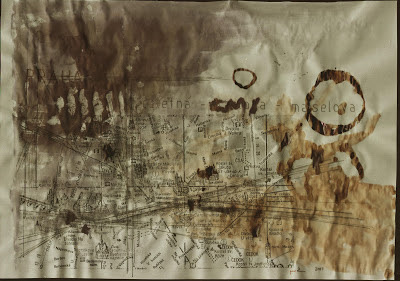