06: How would you describe your work to someone who has not yet experienced it?

Like Kostis (Thesorg) wrote, gonzo is a fair way to put it. It’s an attempt to scratch the surface of what is being said, implied and overstated. Field recordings to found objects, phone tapping to television-CB broadcasts constitute a primitive working scheme. Like Nicolas (Absurd) said, I would not say there is a hidden message in these projects, rather an outsider’s depiction of what is actually happening around us at a subjective, auditory level. Having said that, it would not surprize me why many people feel the vast futileness of Yparxei Provlima Amalia.

06: Do you think that your sound works are sexy?

06: What dreams do you usually dream during sleeping?

A few nights ago I dreamt I was given a present for my birthday, where a tiny fish was roaming in a man’s eau de cologne bottle. But I rarely remember dreams after sleep unfortunately.

06: Tell us a few words about your new record Kona Kai.

Kona kai is a set of sketches from a trip across the United States, fall 2012. With Katou we visited a number of states, primarily as part of her tour but also checking out friends and such. In this tape you get to follow this trip from beginning till end, East to West coast. Last time I visited the United States it was exactly 20 years ago. The imagery in my head was very strong from 1993, so this time I decided to touch base sonically.

06: What do you see as your biggest success?

Not giving up an idea, a practice you feel strongly about. Working hard on it. Orila records and paraphernalia is one of those projects for me (though I wouldn’t describe it as successful per se). I hope you know what I mean…

06: One thing you wish you could change about yourself?

06: Tell us the story of your first kiss.

I suppose there may not have been a kiss in the actual scene but this is certainly registered as “the first kiss”. At children’s camp, tenish, I can recall the tunes playing around my head at the time. Madonna, Phil Collins (big fan of his as a kid), JMJ + Drew Barrymore on E.T. Jean jackets, badges of unknown origin, freedom. She must have been worth it.

06: What languages do you speak?

06: Tell us about other members of your family.

Only child, typical urban family growing up in the 90’s at New Smirni, Athens with mom and dad. My grandmother is 99yo and kicking.

06: Tell us about someone who inspires you.

06: What is the most exciting thing you ever saw/did?

06: Suddenly all the radio players in the world broadcast the same song simultaneously. Which song must that be?

06: Send us a picture of you and a picture of something or some place that best illustrates your current state of mind. 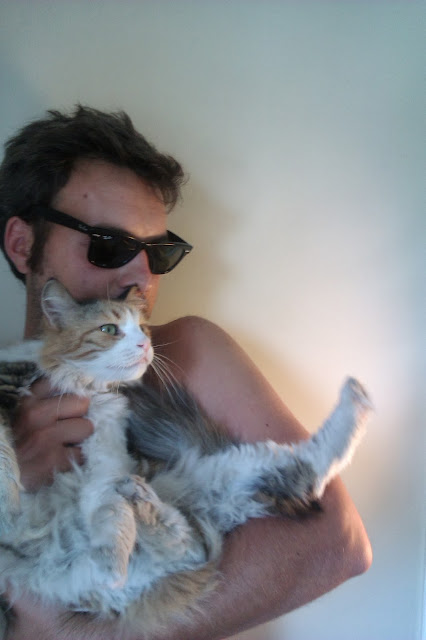