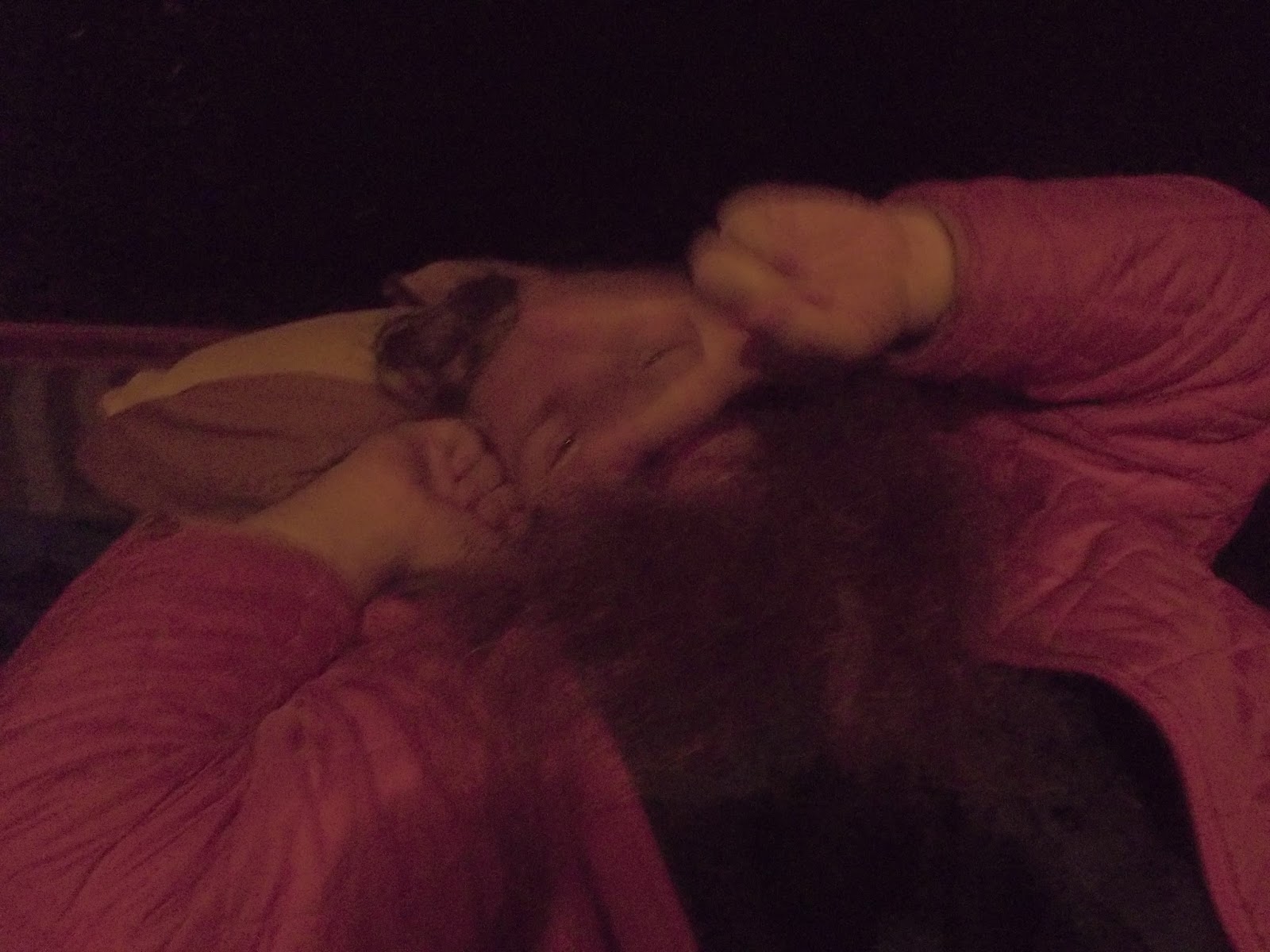 [The photo was taken by Lauren Tausswill]

A revelation of today, something that you discovered?

Well, I noticed that that weird infection on my lower left eyelid that I got in Malaysia still hasn't healed.

Do you still live in the state of Maine in the US near the Babb's Bridge by the river? Do you live alone?

All of the above are true. I do still live in Maine, yes. Babb's Bridge is a mere ten minute walk away (you've got me thinking maybe I'll walk there when I'm done typing here). I live alone, sort of. Family members are nearby,

Many, but not nearly all, of the sounds coming out of your mouth.

I'm not sure any more. That word mostly just denotes a very particular genre of music to me now.

Can you describe your work and performing to someone that hasn' t experienced it?

This is always tricky for me, I have no idea how other people take it in. Some people like the music. Some people like to watch me making various strained faces while vocalizing. Some people just come to laugh at me. I'm not sure what I'm doing. I deploy "extended vocalizations" and play "found objects and electronics" that's what I would tell you if I were trying to get you to book me a show. Really, I'm just shaping moments, working with time, with whatever tools I have at my disposal.

Tell us about the environment in which you grew up?

I grew up, mostly, next to small slowly moving river. There was a lot of snow. There were video games, action figures, heavy metal and rap cassettes everywhere.

Isn't that what happens when someone accepts your request on Facebook?

I'm afraid I'm drawing a blank here, but I'll just say that when taking in film or poetry I'd prefer to never completely understand it.

What is internet for you? What is KRAAG.org?

-kraag.org is an extension of id m theft able and vice versa. It's intended to be more experiential than informative, I guess. The internet, it's a trap. I like this trap, but it's a trap.

Can you connect with certain art movements artists or others? Please, refer to as many influences of yours as possible.

Hmm, I dunno, these days I'm just as influenced by a bird that passes by or the surface of a table top as I am any particular artist. When I see a woodpecker pecking I wish I was as cool as that woodpecker. When I hear a really good rapper rapping I wish I was as cool as that rapper. When I see someone hitting a home run I wish I could hit a home run. When I see and hear a beautiful thunder storm, I wish I could be even 1/10th as cool as a thunderstorm. Somewhere in the midst of all of this envy, pulling me in so many different directions, I occur.

If all the radios in the world simultaneously played the same song, which song would you like it to be?

Tell us about other members of your family.

I am confused by their new found love of NASCAR. Football I understood, but the NASCAR thing......... maybe they're gambling on it?

What have you planned for December 2014?

I'll be touring in Europe, shows in Germany, Greece, Bulgaria, and Serbia are confirmed so far. At some as yet unknown point, I'll go home.. Maybe.

Send us a favorite picture of you and a picture of something or some place that best illustrates your current state of mind to post along with your answers.

Did you know that you can shorten your long urls with OUO and earn money from every click on your short links.