Standard In-Fi interview for 06:00am 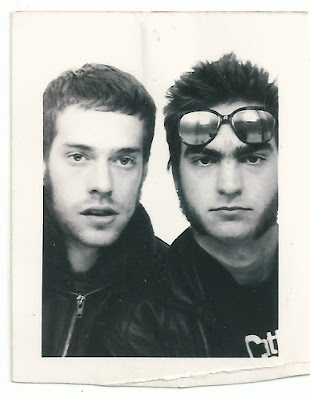 06: How did Standard In Fi start? What are your plans for the future?

Mathieu Tilly and I (Jérémie Sauvage) started releasing cdrs of our band France in 2006 as a means of spreading our music around and start an archival of our music. The name Standard In-Fi appeared with the first Lp we produced, Puech, Gourdon, Bremaud, which is also a project where we were not implicated as musicians, but rather as curators. Since 2006 we’ve been starting from scraps and growing slowly at our own pace, our plans for the future is to keep that going, and produce a maximum of recordings of the musicians and music we’d love to hear.

06: How do you approach collaboration?

(I assume you are refering to collaboration with other labels for a release ? ...) Collaboration is a way to share expenses, at least that’s the way we saw it originaly. Cutting expenses by half means you can do twice as many releases with the same amount of money, and that means more music spread. But the offspring of such collaborations goes way beyond money related issues. You share information, contacts, auditors etc. but most importantly you share artistic points of views. It’s rare to share deep thoughts or very specific notions present in one’s work with someone else (whether as a musician or an editor). Collaborations enable you to do so.

06: How did you decide to include an interview of Pierre into the “Territory” album of Tanz Mein Herz?

For one thing, the music we release with Standard In-Fi always serves a greater purpose, or is part of something bigger than just a band or a musician expressing himself on a piece of wax. Sadly, there are but few occasions for an artist to express his thoughts and explain his or her work. Even in the underground, you can get the feeling of simply being there as a mere entertainer. For an underground musician who will sacrifice many things in his existence to work on a certain form of art and getting little from it, that feeling is unacceptable. Pierre has been writting a lot lately, being very active in Saint Etienne, and I very much have enjoyed discussing precise topics with him and reading his essays. There is a great freedom in his written work, in his expression, ideas and sensivity. His way of articulating emotions, physical phenomenons, philosophy and spirit is pretty much banned by all the thinkers and faculty-raised-entities who usualy write and release books, essays, critics etc. on similar subjetcs and which we read. Standard In-Fi felt it was im- portant to share such thoughts, and spread them around as we could to all the curious minds out there. We initiated the interview sheet with the Toad album and hope to continue doing so for our upcoming releases.

06: Pierre Bujeau mentioned in your interview "As hard as it may be to create composed music in a resonating space, it is entrancing to use this resonance in order to create music in situ. Crafting a listening situation and a sonic construction is currently at the heart of my acoustic research. One of the goals of this type of research would be the creation of a volume or space dedicated to a single sound."
In which (practical) ways, that you've discovered, is crafting such a listening situation possible?

Crafting a listening situation for an audience, as far as I know, is simply leading them to a certain place and time, with the idea that they will hear something, music or sound. Eventually, anyone can start listening to anything and anywhere, whether they are in the streets, at home etc. As far as my experience goes, the simple written word "concert" on a poster for example, can go a long way.
Concert means lots of things, it induces a gathering, but also a shared comprehension, a communion...and of course one goes to a concert with the intention of listening. In that way, you can invite people for a walk in the woods, tell them it's a concert, and people are going to start listening. Apparently, you can also expect people to start listening when they set the needle on a record in their living room. Working around those two simple examples can go a long way in the crafting of a listening situation.
But that might not be what Pierre meant...

06: Suddenly all the radios in the world broadcast the same song. what song must that be?

A worldwide broadcast... I guess Nasa’s Voyager record could be interesting. Humans talking to ... humans.

06: What was the last good records you bought?

Lately I buy a lot of tapes from In-A-Minute Records, based in San Francisco, active in the early 90’s, and other tapes related to that area and time. RBL Posse’s «A Lesson To Be Learned» has been bumping in my car all summer. I’m impressed by the freedom and love induced in afro ame- rican music, whether it be spritual jazz, or agressive ghetto (specific zones) music like Bay Area hip-hop from the 90’s. RBL’s blend of sampled black music dancefloor beats and dubbed voice/ lyrics just makes a lot of sense. That energy is gold. I see them as musicians commited to making music for a local audience, talking about what they see, experience, live... and how they hate po- lice or other half-assed ignorant/lazy lifestyles. In very similar ways but from another area, the best record I bought this year was probably Jan Dau Melhau’s «Lo Deleser»... because I couldn’t afford his «Lo Diable Es Jos La Porta» record...
As for recent artists, concerts will always be better than records in my eyes... all in all, I don’t listen to much recorded music, I get my kicks when music is played live!

Home is where you get the feeling of familiarity. I can’t really think of anything else to define it, it can be a lot of things! A construction like a house, a neighborhood, a country... What is a city? I don’t know, I live in the country-side now.

Once again, art is made of many things, and it’s roles are numerous. Art should be the greatest good, a light on the situation at hand. I prefer when that light is shed with passion and love... in that way it’s role is to fulfill my needs of the moment, whether they are poetical, intellectual, philosophical... Art has the power to fulfill all these needs at once.

06: What does one miss when she/he grows up?

Nostalgia is something everyone experiences, and corresponds to a broader feeling than simply the act of missing. I can be nostalgic about a period in my life, or a relation I had with someone... that feeling will be very rich and substantial. The sense of missing is superfluous... for example I miss that car I sold back in 2007, a grey Peugeot 205 Open series, a true beamer.

06: Do you think that people should live in outer space?

People do what they want, mind you, I’d rather continue living in our atmosphere, enjoy the sun rays as they are down here.. quite perfect. I’ll wait for Death as a cosmic departure..

It’s what’s closest to familyship. It’s very precious. I guess Martin Scorcese has painted a fair portrait of friendship throughout his work.

06: Which three records would you definitely play to your kids?

I don’t have kids. Maybe that urge of passing something on can explain the existence of our label? I reckon I’d rather let my kid play with a selection of three instruments.

I’m hoping all of it!

06: What is your opinion about the current situation in the EU?

In a forest, we would be the bramble. everybody hates bramble. But do they realize bramble is here to protect areas that need to grow again? Enabling young, tender trees to grow free from the attacks of animals, or protect an area that musn’t be stamped on? Even dead, it’s branches are like glass and are almost as efficient in terms of bariccading as the living ones, if not more. In order to survive and spread, although razor sharp and aggressive, these weeds bare one of the most delicious berry fruit.

06: send us your favorite pictures of yourselves and a picture that best illustrates your current state of mind 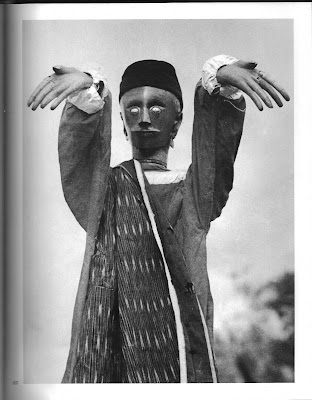 Did you know you can shorten your links with Shortest and get cash from every click on your short urls.